GF and Swissloop: a strong relationship

With the support of GF, Swissloop won the second place at the Hyperloop Pod Competition in Los Angeles. Congratulations!

If Tesla and SpaceX founder Elon Musk has his way, people and goods will in future be transported around the globe at breathtaking speed. At the annual Hyperloop Pod Competition, each year student teams from around the world demonstrate how they plan to realize this vision. One of them is Swissloop, the team of the ETH Zurich, and they again received a powerful boost from GF as their main sponsor. For the latest pod "Claude Nicollier", GF Casting Solutions developed a casting component, which is part of the inverter and cools the surrounding electronics.

The race on 21 July in Los Angeles (USA) was the successful highlight of the partnership between GF and Swissloop: The students launched their pod to a maximum speed of 252 km/h – and reached the second place of the competition. Moreover, the Swissloop team received a Space X Innovation Award for their linear induction motor and inverter. Congratulations to this extraordinary achievement!

The background
Elon Musk is a visionary who wants to create a new transport system with his hyperloop concept which will carry people and goods in capsules at up to 1,200 km/h. Through his SpaceX corporation, he has already established a global competition for universities to develop the technology. Under the name Swissloop the ETH Zurich team was part of this already in 2017. Sponsored by GF it took an impressive third place. 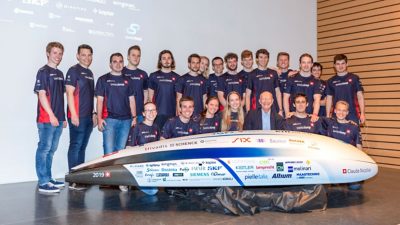 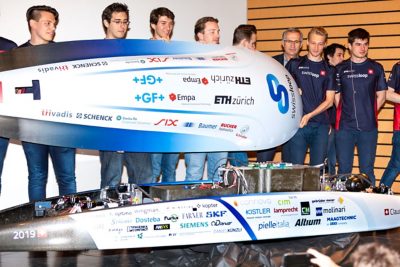 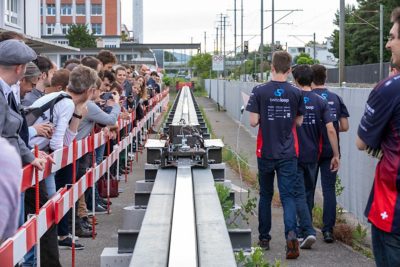 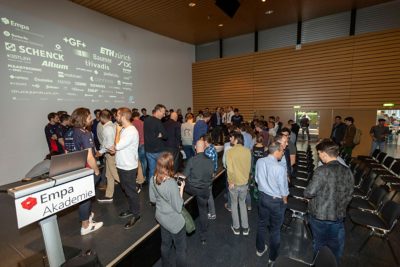 In 2018, the ETH Zurich team sent the Pod “Mujinga” into the competition. “Mujinga” is named after the fastest woman in Switzerland, Mujinga Kambundij (25), athlete. In the competition of the SpaceX CEO Elon Musk, the Pod “Mujinga” should reach a speed of 400 km/h. For the competition in Los Angeles, more than 1.000 student teams applied to participate, but only 20 teams were qualified, one of them was Swissloop, which participated for the third time. Despite intensive preparations and a successful testing week on the SpaceX testing area, Swissloop just missed the finals.

With the support of the Swissloop Team, we bring the mobility of the future into the present! The Swissloop team includes 20 physics, mathematics, electrical- and mechanical engineering students from the ETH Zurich. Together, they design and build a transport capsule for the Hyperloop of SpaceX. GF Casting Solutions plays not only the role of the main sponsor but supports the team also with know-how and experience. For the new pod generation, the Research and Development specialists at the GF Casting Solutions headquarter in Schaffhausen, Switzerland together with the Swissloop team developed an Aluminum lightweight solution for the chassis. You can find it anodized to GF blue on the front and rear axle and it is responsible for the stability of the Pod.

In our showroom you will find a model of the Swissloop Pod. However, it requires a smartphone. By downloading the Augmented Reality App "Swissloop AR" from the Apple Store or Microsoft Store, and directing the smartphone camera to the illustrated pattern while the app is running, you experience a virtual version of the vehicle.